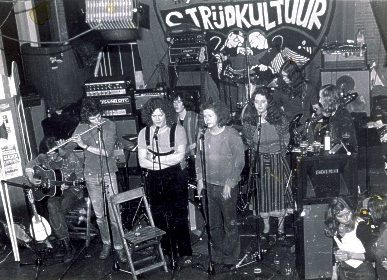 In Dutch Veulpoepers literally means ‘shit a lot’. In Flemmish it even means ‘have a lot of sex’. The Veulpoepers is a unique band from the seventies & eighties. They played catchy folk music with poetic and protest lyrics. In this documentary the musicians reflect on their (beer) songs, their socialistic ideals, their struggles and their unfortunate break up. Because shit happens…!